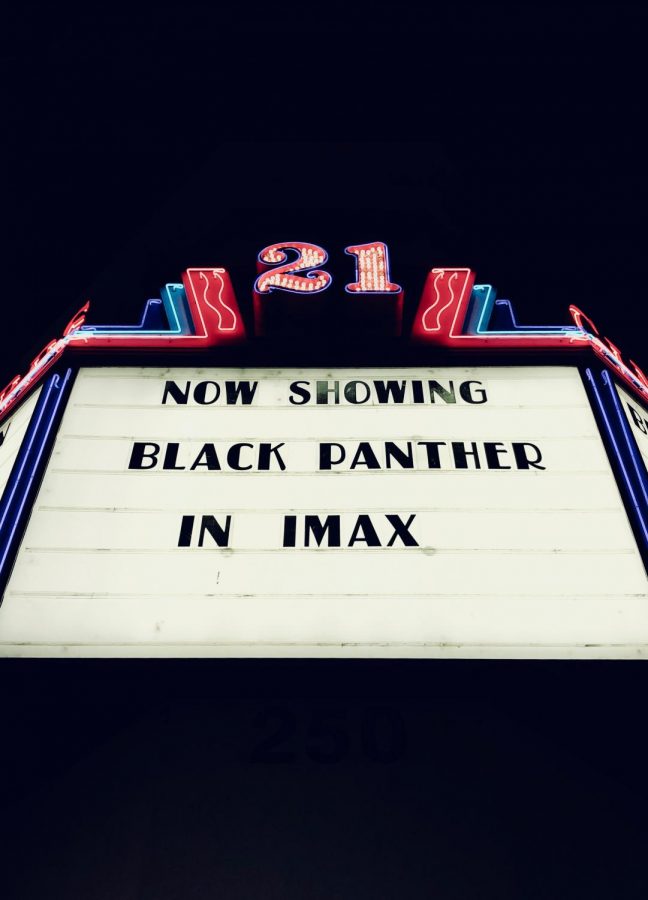 Shuri is talking about EMP grenades, but the line extends farther — alluding to the greater context of the film without, and foreshadowing the devastating nature of the themes within.

Directed by Ryan Coogler (“Creed,” “Fruitvale Station”), “Black Panther” is the latest entry in the Marvel Cinematic Universe. The film earned $242 million its first four days, the most of any film in North America in that time, surpassing “Jurassic World” and “The Last Jedi”’s opening box office numbers. It’s one piece of the greater formula that’s made the Disney corporation billions of dollars.

It’s a formula because it works. It’s worked from “Iron Man” all the way to “Thor: Ragnarok.” But any oft-used pattern begins to sport holes. The Marvel Cinematic Universe has begun to leave viewers with a taste of drab concrete: reliable in its tastelessness and never groundbreaking

“Black Panther” breaks and remixes the formula. Coogler takes everything we love about Marvel movies and blows them out of the water, then offers fresh takes and new perspectives for good measure. The opening shots are a spectacle of artistry. The history of Wakanda, the fictional country the main character is sovereign to, is presented through the prism of beautiful colors and dynamic, stylish art. This first impression of grand artfulness stays with the audience through various locations and incredible dream sequences.

The action too is stunning. Watching Okoye (Danai Gurira) leap from the second floor to the first with a vibranium spear in one hand and a scarlet dress flowing around her like flaming wings is almost worth the price of admission.

The film boasts all the trappings: spectacular duels, gun fights, car chases and larger than life superheroes, but rendered in aesthetics that are wholly separate from the mainstream Marvel cinematic universe. The African touchstones of the costumes, the weapons, and the architecture as well as the diversity of the cast lends the film a quality totally unique, befitting the isolated super-advanced world of Wakanda.

But Wakanda is only as interesting as the people in it. Boseman plays T’Challa as the new monarch that he is: wise beyond his years, ignorant of the hard truths of leadership, and capable of change. He plays a cool a contrast to the myriad and colorful cast of characters that surround him; whether it’s stoic Okoye, the leader of his personal guard; Ramonda (Angela Basett), the regal and dignified queen mother; Shuri, his aforementioned precocious sister; or most importantly Killmonger (Michael B. Jordan), who plays the primary antagonist.

The great failing of so many Marvel films is the villain, an always forgettable every-evil that leaves not even the faintest fingerprint on the world of the film. But Jordan plays the radical, militant Killmonger with the vulnerability that his circumstance deserves. His motivations are shocking in their clarity and sympathy. He kills for the same reason that he challenges T’challa for his throne: to fight injustice and right what once went wrong.

In so many films he might instead be the hero, were it not for the scope of his violence and the limits (and excesses) of his vision. In lesser hands he would be a hyper-masculine revenge fantasy, but Jordan breathes life into the character in an unexpected and godsent way.

The genius of “Black Panther” is that it can serve audiences the breathtaking spectacle and killer aesthetics they crave while speaking truth to heavy themes at the same time. Watching the battles between T’Challa and Killmonger forces the audience to ask tough questions about racial injustice and oppression. Their war is emblematic of the conflicting discourse between so many activists across so many eras: what can be done in the face of centuries of injustice? What approach is the right one?

A movie can never properly answer these questions, but it can raise them. And “Black Panther” does, again, effortlessly. Still, the film has a guiding principle in all things that audiences will walk away with.