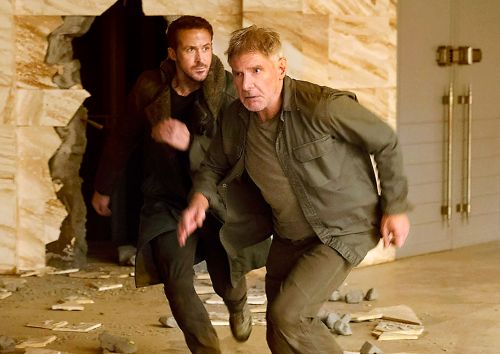 After a 35 year wait, the sequel to Ridley Scott’s epic sci-fi adventure “Blade Runner” is here. With much anticipation, “Blade Runner 2049” surpassed many expectations by critics and fanboys alike.

Directed by Denis Villeneuve, best known for his most recent box office and critically acclaimed hits “Sicario” (2015) and “Arrival” (2016), “Blade Runner 2049” continues the story 30 years after the events of the first film.

The film stars Ryan Gosling as K, a replicant LAPD officer used to track down rogue replicants who need to be deactivated. He stumbles upon a mystery that could potentially create a civil war and this leads him to go and look for a blade runner who’s been missing for 30 years.

With a budget of $150 million, the film became one of the most anticipated movies of 2017.

Every time an old movie gets the Hollywood reboot, there is always skepticism about what kind of movie they will produce– for “Blade Runner 2049” there was no difference.

Months before the premiere, there were people on Reddit boards discussing how Villeneuve and writers Hampton Fancher and Michael Green were going to butcher the franchise and how Gosling wasn’t a good enough actor to be in it. This film actually fueled that skepticism with all of the mystery they created around the movie when they decided to keep the script a secret.

Nevertheless, even with skeptics and critics, Villeneuve delivered a stunning film that matched Scott’s original.

Every scene seemed to be more stunning than the last, making the audience believe in the dystopian future he had created. The acting was on point with Gosling giving a performance true to the character. Even smaller roles like Jared Leto’s Neandre Wallace character was well portrayed.

One of the only flaws the film had was how the story overlooks different points and makes them seem unimportant. This leaves the audience feeling a little out of the loop of what’s happening in the story, but this is only at different times in the film and the story catches on later down the film.

For fans of the original film this should be a great movie to watch, because of the surprise cameos and returning characters from the original film. For those that are new to the franchise it will still be a very enjoyable film that will entertain you in it’s entirety.

With stunning visual effects and a stellar performance from all the actors, “Blade Runner 2049” is one of, if not the best film of the year.