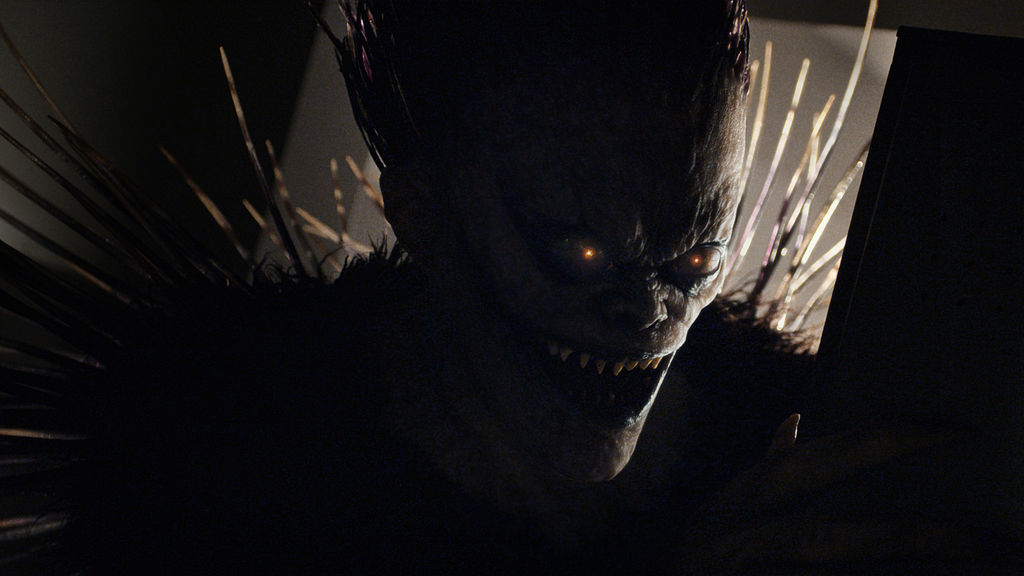 Netflix’s Adaptation of ‘Death Note’ is Dead On Arrival

The internet is irate over Netflix’s recent attempt to adapt the beloved anime “Death Note.” Everywhere the Netflix original film’s name is seen, a hurtful meme is sure to follow.

“Death Note” was an anime adapted from a manga that aired from Oct. of 2006 to June of 2007 and spurred 37 episodes of suspense-filled detective action.

The anime follows high school genius Light Yagami after he finds a magical notebook from another realm that allows him to kill someone as long as he knows their name and face.

What ensues is a suspenseful game of cat and mouse between Yagami and the people trying to catch him after he goes mad with power and murders countless criminals.

The Netflix version stars Nat Wolff as Light Turner, a high school student in Seattle who finds a notebook that can kill people. Turner proceeds to show his notebook to his crush, lose control of his notebook and ultimately achieve nothing.

Turner is nearly a complete polar opposite to Yagami. For example, upon meeting the demon Ryuk, Yagami becomes frightened initially but then begins to have a conversation with Ryuk.

Turner however raises his voice several octaves for no reason and hides from the demon under an ordinary teacher’s desk.

Yagami is motivated by a strong moral compass instilled in him by his police chief father, and he also never falters from the belief that he is doing what is right.

Turner is driven by his mother’s death, but quickly abandons his resolve as soon as the situation complicates.

Turner and Yagami’s introduction to Ryuk and their evident contrasts set the tone for the overall difference between the two interpretations of “Death Note.”

Light Yagami is cold, calculating and a complete narcissist obsessed with creating what he believes is a better world built on the bodies of criminals and anyone who opposes him.

Light Turner is a naive boy who finds a magic notebook and uses it to talk to his crush, kill random people from his school, bully war lords, and then decides being a murderer is wrong therefore he must murder the people trying to murder more murderers.

The Netflix version confuses a convoluted plot for a quality mystery, adding an unnecessary love interest and an unnecessary mother’s death backstory.

The cast’s performance offers no incentive to follow the story, as all of the main characters seem to get themselves into cringe-worthy scenarios that seem intended to confuse the audience.

People followed the anime either to watch Light Yagami get what was coming to him, or to see him achieve his twisted dream.

Light Turner is an unlikable high school loser and his girlfriend is a complete and utter psychopath. Audiences couldn’t care less whether they succeed or not.

Besides straying from the source material, the film feels too much like a “Final Destination” parody that’s trying to be taken seriously as a mystery thriller.

The deaths of the criminals and other victims are gory and obscene for no reason, as the gore adds no value to the human lives lost.

The film’s only saving graces are the performances of Willem Dafoe as the voice of Ryuk and Lakeith Stanfield as the super detective known as L. Stanfield.  Stanfield brings an appropriate sense of urgency to the film as he searches for the mass murder that is Turner.

However two strong performances and a decent twist aren’t enough to save this movie, and it is my distinct honor to put the nail in the proverbial coffin and say Netflix’s “Death Note” is a poor movie based on a great concept.