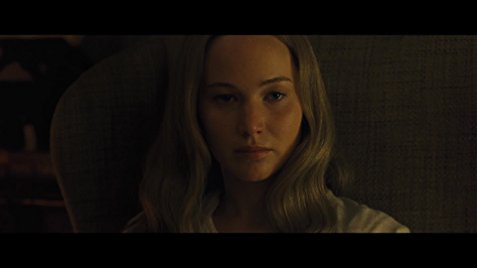 If You’re Wanting Traditional Horror, ‘Mother!’ May Not Be For You

Darren Aronofsky follows up his blockbuster biblical epic “Noah” with a film that will go down as one of the most provocative movies to receive a wide mainstream release this decade.

The film follows the seemingly simple premise of Jennifer Lawrence and Javier Bardem playing a married couple whose peaceful existence is disturbed when strangers visit their home.

It would be best not to reveal too much of what happens in the story of “Mother!” because Aronofsky’s latest is most effective when viewers go into the film knowing as little as possible.

“Mother!” uses specific characters and provocative imagery that serve as a metaphor for much of the Bible. People of faith who had a hard time watching the director’s take on the story of Noah’s Ark would best be kept away from some of the deeply disturbing aspects of this story.

Right from the film’s opening shot, Aronofsky has a succinct grasp at the metaphor he is trying to convey. Although audiences see a seemingly peaceful married couple on the surface, the true nature of their relationship comes full circle by the film’s closing shot.

Lawrence gives her best performance since her Academy Award-winning turn in “Silver Linings Playbook.” The actress plays the titular Mother with such a calculated frailty that eventually goes off the rails when her peaceful home is bombarded with more intruders.

Bardem gives a calculated performance as Lawrence’s husband who is a popular author that has left an incredible impact on his readers.

Other performers that appear in the film include Ed Harris, Michelle Pfeiffer, Brian Gleeson and Domhnall Gleeson. These four performers in particular play characters that reflect familiar archetypes that observant viewers will immediately grasp with the visual cues throughout the film.

The film holds such a tension that it is mostly pronounced with impeccable sound design and little to no music, pulling audiences out of this cinematic experience.

By the time “Mother!” ends, one leaves the theater wondering how a major studio like Paramount had the guts to allow a true auteur like Aronofsky to go all-out with this.

Although “Mother!” is destined to polarize audiences, in the long-run it is a worthwhile watch for those who want to unravel all of the biblical metaphors that Aronofsky conveys through each frame.

But it must be stressed that “Mother!” is not the film that it is being marketed as. Audiences going in expecting a traditional horror film with the famed “Hunger Games” actress will be left disturbed in ways they did not want to be.