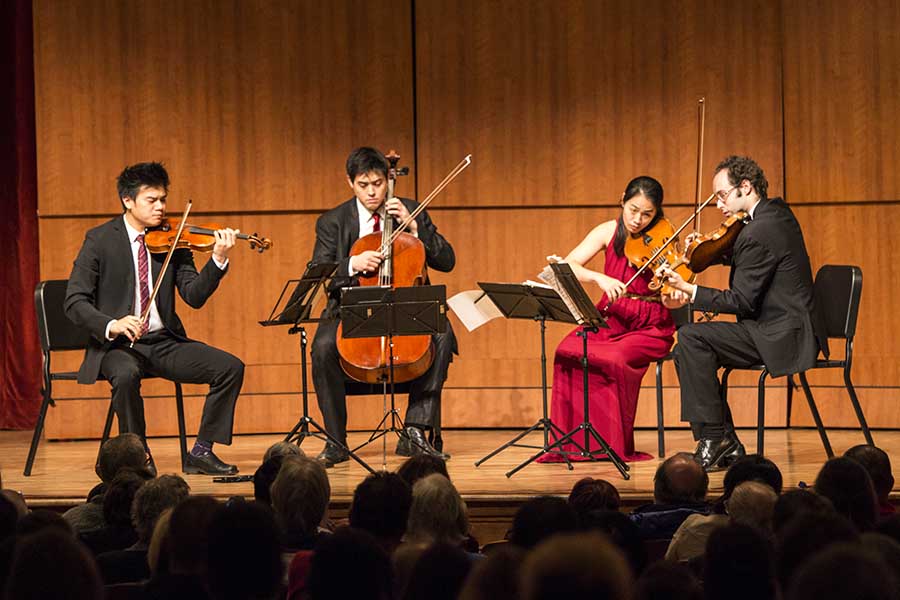 The auditorium in the Old Administration Building was immersed in the sounds of enchanting classical string music executed by the Bay Area group Telegraph Quartet on Feb. 2 with music lovers, young and old, filling the seats.

The ensemble was formed in 2013, consisting of violinists Eric Chin and Joseph Maile, violist Pei-Ling Lin and cellist Jeremiah Shaw.

In 2014, months after their formation, the group won the Grand Prize for the international Fischoff Chamber Music Competition and in 2016 the group won the first prize at the musically coveted Naumburg Competition, one of the oldest in the nation and known for launching the careers of other groups like the Emerson and Brentano string quartets.

Having a musical group who have won such prestigious awards is a privilege that Fresno City College was able to provide for not only their students and staff but for the community as well.

To watch a group who not only formed in their late 20s, which is considered late in classical music, but also were able to win awards that much older groups have not achieved was inspiring.

The group played with vigor, passion and a determination that enchanted listeners. With every glide of the bow across the violins, plucking of strings of the viola or the deep bass of the cello, hearts and minds followed the rhythm created with these instruments and the musicians operating them.

Every pause was met with the silence of an audience in awe, realizing that the four artists on stage were the real deal. Audience member Paul Dyer, a retired hospital and healthcare worker and father of a musician, said, “It was far better than all expectations. You could see by the audience’s response, people were enthusiastic.”

And thanks to the efforts of FCC Music Faculty Larry Honda and the donations of the Fresno City College Friends of the Arts, the whole experience of free of charge.

The goal of the recital was to “expose our students to them [The Telegraph] and certainly to make it affordable,” Honda said by “bringing the highest caliber of music of this kind for the educational purposes of our students and the whole community.”

The audience was filled with diversity. People from different backgrounds filled the auditorium, from students and faculties, to members of the community, all with varying ages and ethnicities, all brought together by the opportunity to hear music from the gifted four.

Violinist Joseph Maile said that he and the group were motivated to “dust off some works that have been on the shelf and introduce them to people and share them.” Motivating them to chose songs by these musicians and switching their original setlist order into the order they actually performed.

They started the concert with Anton Webern’s “Five Movements for String Quartet, Op. 5,” a song filled with unprecedented tones and techniques. Instruments were striked with bows to create unique beats as other performers would create harmonies that are uncommon in traditional compositions. The song was an intense and strong beginning for the show.

Their second song, Leon Kirchner’s “String Quartet No. 1” continued to showcase the group’s talents. The song is a fusion of new and old, incorporating many aspects like “quick-paced movement” and “da capo repeat,” a repetition of notes throughout the song.

After a brief intermission, the group finished their set with Franz Schubert’s “Death and the Maiden.” The song was composed of battling melodies to depict the battle between Death and a young maiden he is trying to seduce to the afterlife with blends of romantic and chilling tunes.

As the last note faded into silence, the quartet received a roaring applause and standing ovation, leading the band to play a charming waltz tune as an encore and once again being met with approving applause.

After the concert transitioned to the reception in room 251, the audience moved to appraise the four musicians and mingle with other music lovers. Fresno native Eric Chin when he spoke to The Rampage, said he was more nervous to perform in Fresno because it is his hometown, but he hoped to “make it exciting for young people to wanna play also” and is “on a mission to prove that [classical music] not [boring].”

And it seemed he and his partners succeeded.

Aaron Taylor, a 19-year-old student at FCC, said the concert exceeded his expectations especially because he wanted to “experience something new.”

Music student 21-year-old Jesse Altamirano said he wanted to “take advantage of these amazing opportunities that FCC has to offer,” and that the concert lived up to his expectations, “and then some.”

The concert was able to bring together all the diversity in Fresno and create a night of musical inspiration, which is exactly what the group aspires to do with their musical careers. Their passion, determination and talent were evident throughout the performance.

Violist Pei-Ling Lin said as a goal they want to “open people’s minds” not just about music but about “discussing things, listening to new things, making connections with other people and to be daring.” As cellist Jeremiah Shaw said, they “continue growing interest for [chamber music].” 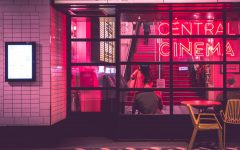 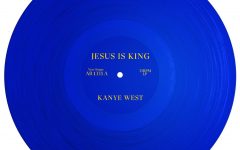 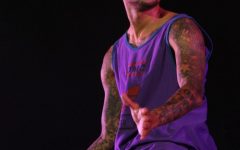 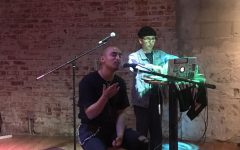 Monday Mixer: ‘The Place You Need to Be for Upcoming Artists’

The Fresno Community Concert Band kicked off its 2019-20 season on Sunday, Oct. 20 with two performances at the Fresno City College Theatre. The 3 ...