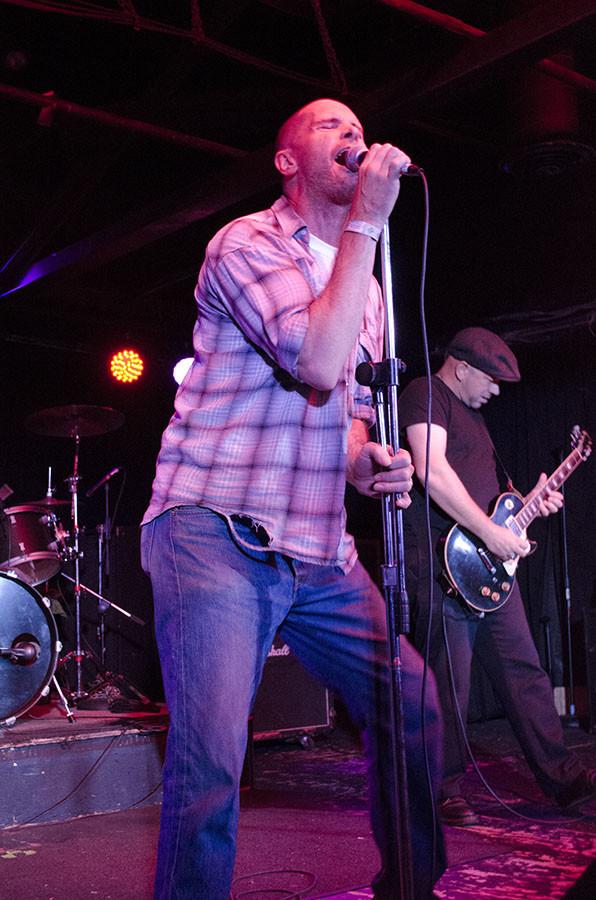 The punk rock foursome of Success empower the crowd to dance and head bang till you leave the venue with a sore neck. Hailing from Seattle, Washington frontman Aaron Rev electrified the audience with flexible power stances and and enthusiastic persona.

Never have I seen two women lead a punk rock band and make it rock harder than the guys. The leading women of The Bombpops, Jen Razavi and Poli Van Dam, with some cheesey high note vocals, hair whips, and aggressive guitar, it’s as if the era of punk rock never left and made a home in your heart as your ears ring after the concert has finished and you’ve left the venue.

Headlining the night was Swingin’ Utters from San Francisco, California. The four had formed in the ‘80s and has been playing for 25 years. Swingin’ Utters had brought the punk rock of the past into the present. Causing people to almost rampage the venue from the sound of their music.

A fan of the band was so excited he started his own mosh pit knocking over three people and spilling his beer. This band’s punk will most likely make you come out of your comfort zone and become the vibrant person you may have wanted to be at concerts.